Many Fullerton histories have been written about men by men who make property deals to get railroads or businesses or governments established.

During my time in Fullerton, I have observed significant events in our fair city brought about by women, and I have participated in a few. I plan to gather information concerning other women’s activities and tell of my own.

Maybe you will write some of this or send it to me. Some of the greats are dead now, but maybe some of their acquaintances are not. I’d like news of Frances Wood, Lila McDonald, and Miriam Sheddon. Still among us, Laura Stine and Mary Owens come to mind first, and others who have not made such a big splash, but small ones with effects lingering on.

Of course, I will include what men have done, the good, the bad and the ugly – That sounds like downtown Fullerton, doesn’t it? 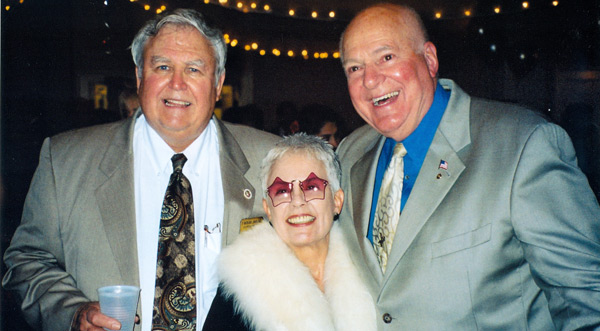 I was Judith Crawford when I moved to Fullerton in 1964 with four children, a Manx cat named Charlie, and a husband. Before the decade was over, I acquired three more children, various pets, and planted that tall palm tree you see on the corner of Rolling Hills Drive and Sequoia Avenue.

In the following decade, I took some classes at Fullerton College so my twins could go to nursery school there, a photography class at Cal State Fullerton, gave up any thoughts of a journalism degree, got a juris doctor from Western State, and was sworn in as a lawyer on December 22, 1976, the International Year of the Woman.

Now I live in downtown Fullerton on a 50×90 foot lot where I have planted 21 fruit trees (if you count almonds and allspice as fruit) – one year I even received a Fullerton Beautiful award in recognition for my “sweat equity” in my yard.

When I finish this history, and overthrow the family law system as it exists in California, I’ll go into stand-up comedy.